People have different definitions of mental health. You could think of mental health as being happy or contented. Mental health is an indication of a positive lifestyle. Now, when someone is mentally ill, it is the exact opposite. The person’s life is full of negativity, and this could be worsened by drug abuse.

Mental health is basically defined as an integral aspect of health, and is important to the ability of an individual to process thoughts, emotions, interact, and be productive. Based on statistics, a good number of people in the world, are suffering from mental health problems.

Hence, drug abuse is the dangerous use of drugs which are psychoactive in nature. Drugs have the capacity to invoke some emotions, and also dampen them. This is one of the reasons why they are used. When you experience changes in your behavior, they are induced by drugs, and it is because of the changes in your brain, which has an effect on your mental health. 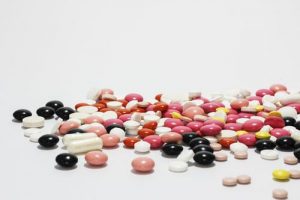 Drugs affect the chemicals in your brain, and this has an effect on the messages which the chemicals are trying to transmit. Hence, you need to know both the short-term and long-term effects which drugs can cause to your mental health.

The unwanted effects which come with drug abuse can remain with you due to the fact that, there is an already-existing mental health condition which you do not know exists.

Below are the short term effects which drugs have on mental health:

Below are the long term effects which drugs have on mental health:

It is advised that people who abuse drugs desists from it, before it has an irreversible effect on their health. One way to ensure this, is to consult a proficient health specialist who will guide you all through the process of recovery from drug abuse.