Drug abuse is using legal or illegal drugs in ways that you should not. If you take more than what the doctor prescribes because you want to feel good, it is drug abuse. And the same applies to taking drugs that are not typically good for your health. When you abuse drugs, you undoubtedly feel good. However, the long-term effects are not usually pleasant.

The rate of drug abuse around the world is alarming, and people who are at risk the most are teenagers and youths. One of the major causes of drug abuse is peer pressure and curiosity. And this is common among high school and college students, and young adults.

Some people also abuse drugs for recreational purposes, so that it helps them perform better.

People who abuse drugs are advised to refrain from it before it becomes too late. Drug abuse affects their health and the damage is not noticeable at the initial stage. However, it gets to a point where the individual begins to notice that all is not well. 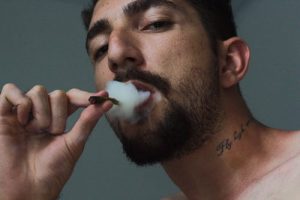 Drug abuse can be effectively treated by seeking help from a rehab. If care is not taken, drug abuse can lead to addiction which is a severe-case scenario. At the drug abuse stage, it is easier for an individual to get better and sober, than the addiction stage.

Often times, people who abuse drugs do not believe they have a problem. They see it as a harmless act that keeps them engaged and happy. This is why they would not typically allow anyone to talk them out of it.

These people find it hard to imagine a life without abusing drugs. So, they try not to imagine it because of the impossible scenario attached to it. Such people need help, and the first step is helping them understand why drug abuse is dangerous.

It might be difficult achieving this at first because they are neck-deep in the act. But with consistent advice, they will come through and agree to opt for treatment.